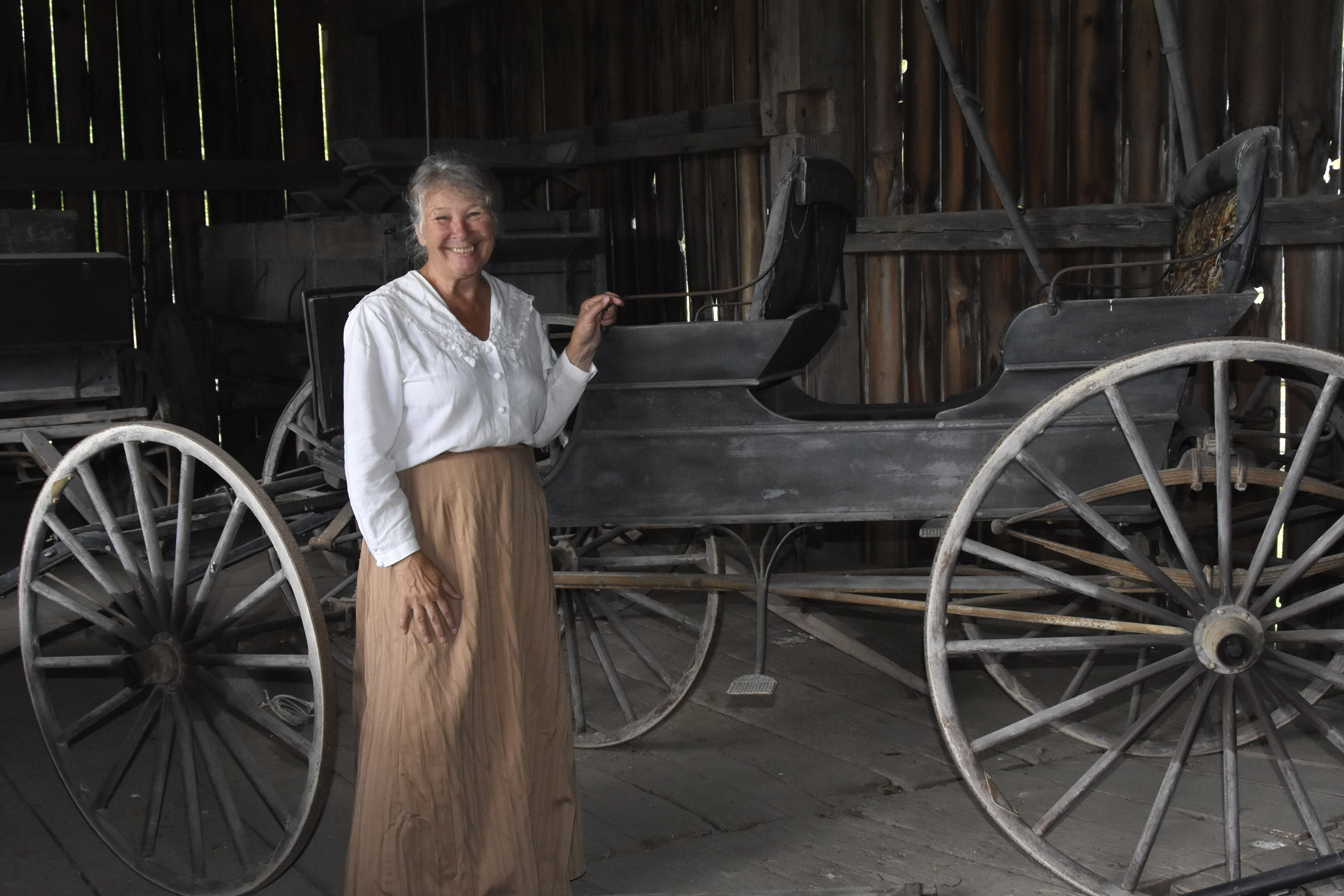 The Transportation Barn houses a variety of early forms of transportation. The ox cart was the first form of transportation used by early settlers – the ox was a strong work animal that adapted to heavy farm labour and was cheaper to keep than a horse, consuming less hay. Later, when the family was more established, horse-drawn heavy-duty work wagons were used around the farm and were the main mode of transportation.

Other vehicles include the hand cart, used for moving smaller loads with going short distances, and the Hall's Glen Stage, which transported passengers and mail between Warsaw and Stoney Lake, a distance of about 15 kms.

The equipment on display outside the Transportation Barn includes a grader, which was used in construction to smooth out roads, a small double-edged plow that broke up hard-packed roads, and a large black trencher on the west side, used for digging trenches to drain farm fields.