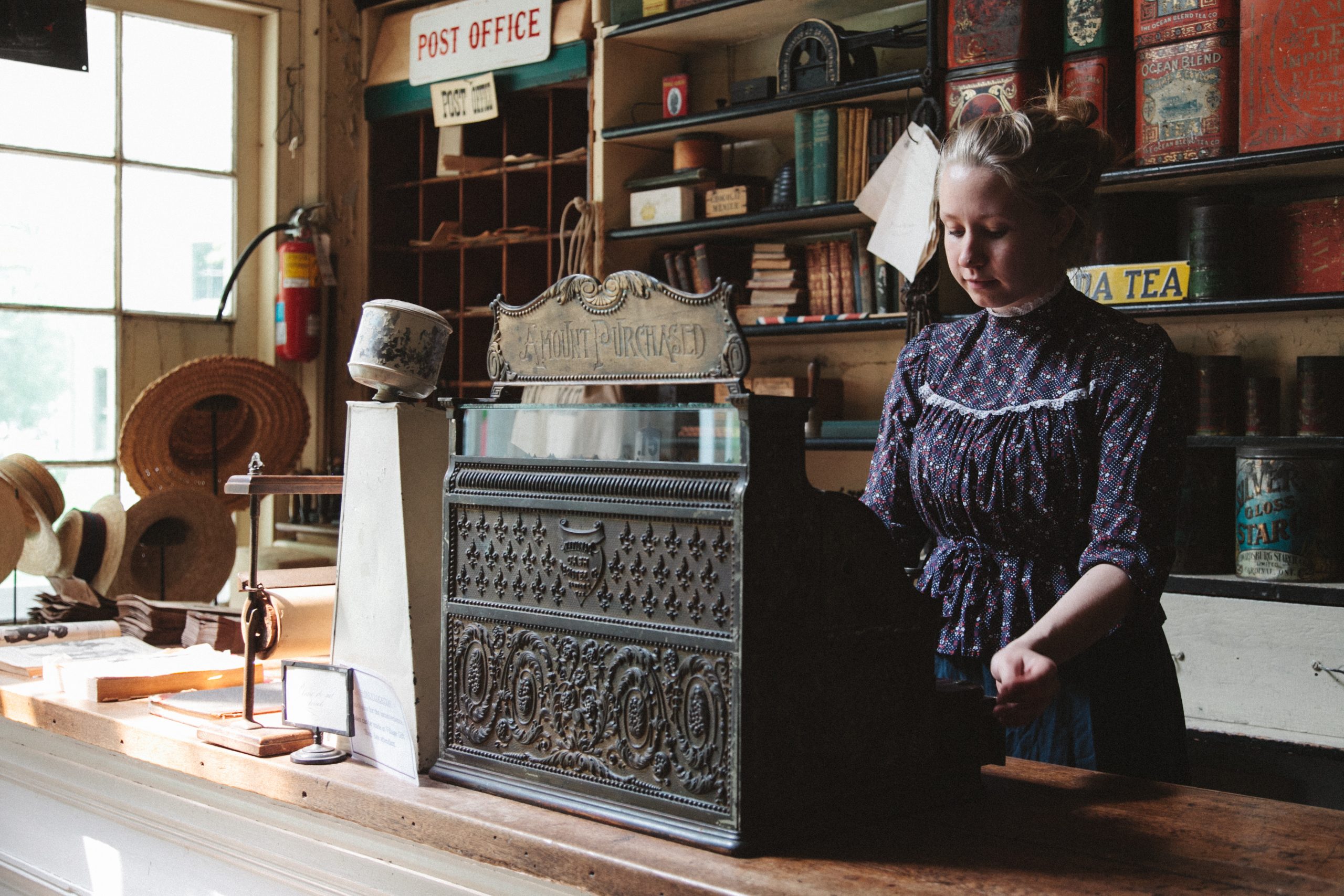 The Menie General Store at Lang Pioneer Village Museum was built in 1858 in the hamlet of Menie by James Mather. He and his wife, Elspeth, lived above the store until 1867. The store remains unchanged except for the ceiling, which was raised when there was no longer need of living space on the upper floor. The store has been restored to 1899, a transitional year when Mr. Mather’s daughter, Christina, took over its operation.

Almost everything could be purchased in this store. Many products, from tea to nails, could be bought in bulk. The weigh scales near the ledger on the counter would be used to measure out the amount wanted. Often farm produce, such as eggs and butter, would be bartered for store goods. The general store also served as a post office and drug store, as well as a social meeting place for the whole community in a time when there were no telephones, few newspapers, and slow transportation.

There was no closing time but rather the store stayed open as long as customers were present; however, there was no shopping on Sundays.