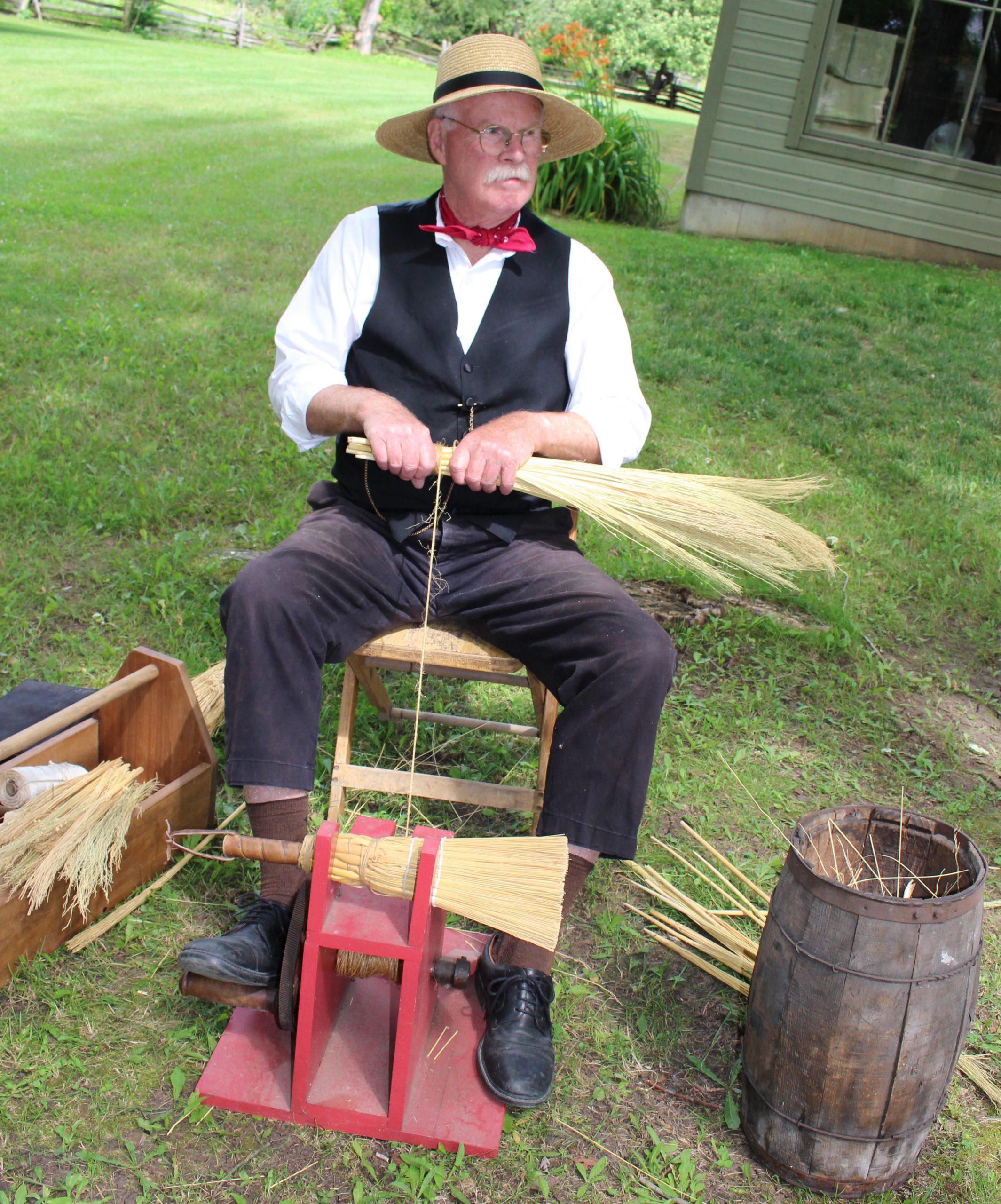 Originally this barn was used for the storage of hay and grain. By the 1870s, many farms in Peterborough County had turned to mixed farming (animals and crops), and barns were designed to store loose hay – winter feed – for livestock.

The architecture of this barn is significant. The barn is divided into three sections. Farmers initially forked grain up to the mows on the left and right sides from the threshing floor (in the centre), a back-breaking job that was replaced in the 1880s by pulleys.

Inside the barn are several examples of 19th-century trades. These include broom tying, rope making, and leatherwork. There are also displays of laundry equipment, butter-making utensils, and the Montcrief Dairy collection.