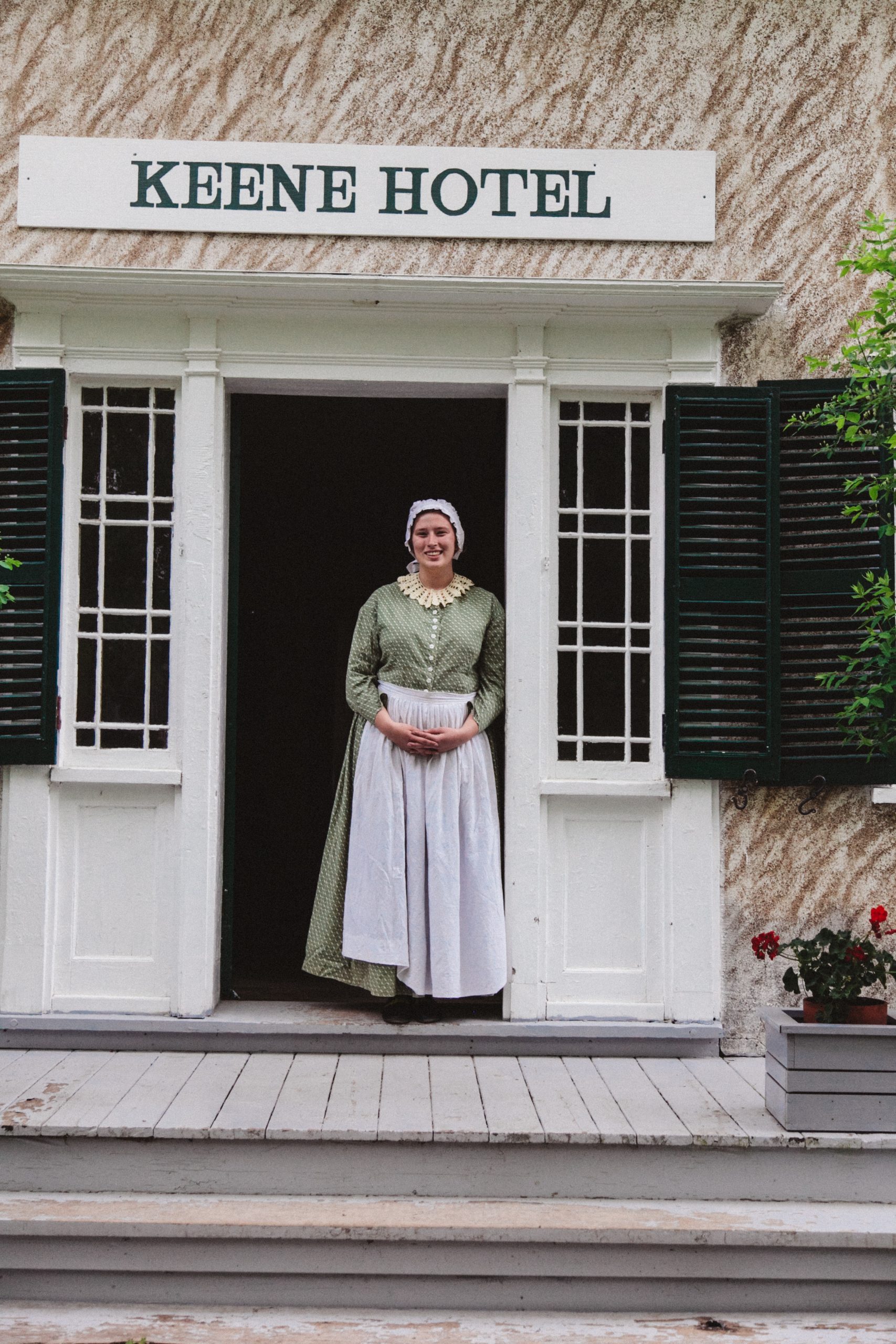 The Keene Hotel is representative of a country inn of the 1870s. The rough-cast construction frame covered with sand blown onto plaster is typical of English settlers’ building methods in this area. Hotels were plentiful along the main roads and served as stops along the stage-coach line.

Martin and Mary Jane Kennaley were the innkeepers of this fourteen-room hotel in the 1870s. The Kennaleys had eight children of their own and raised Mary Jane’s six nieces and nephews after their parents were killed in a sleigh accident. The Kennaleys’ quarters are upstairs, at the rear of the building.

On the hotel’s first floor is a barroom for men only, waiting and retiring rooms, a dining room with a large communal table, and a kitchen and bake-oven room. One meal was included in the price of the room as well as lodging for the traveller’s horse in the Drive Shed. Upstairs are four bedrooms for rental. The salesman’s room includes a showroom – a travelling salesman would advertise with handbills around the village and customers would come to the hotel to see his wares. The “best bedroom” cost 75¢ per night and included a double bed with linen, a stove for heat, and hot water for a bath. The bathwater was carried up from the kitchen, and slop water was taken away. The second-best room cost 25¢ per night and had two single beds with linen; the traveller might have to share the room with a stranger. A straw tick in the flop room was 10¢ per night and the traveller would sleep in his clothes – there was no linen provided and no source of heat.

Behind the hotel is a reconstruction of an 1870s chicken coop that would have supplied the eggs and poultry necessary to feed large numbers of guests, an Ash House which was used to collect and store hardwood ashes from the wood stoves and bake oven and a Drive Shed which was used to house the family’s and guests’ vehicles.