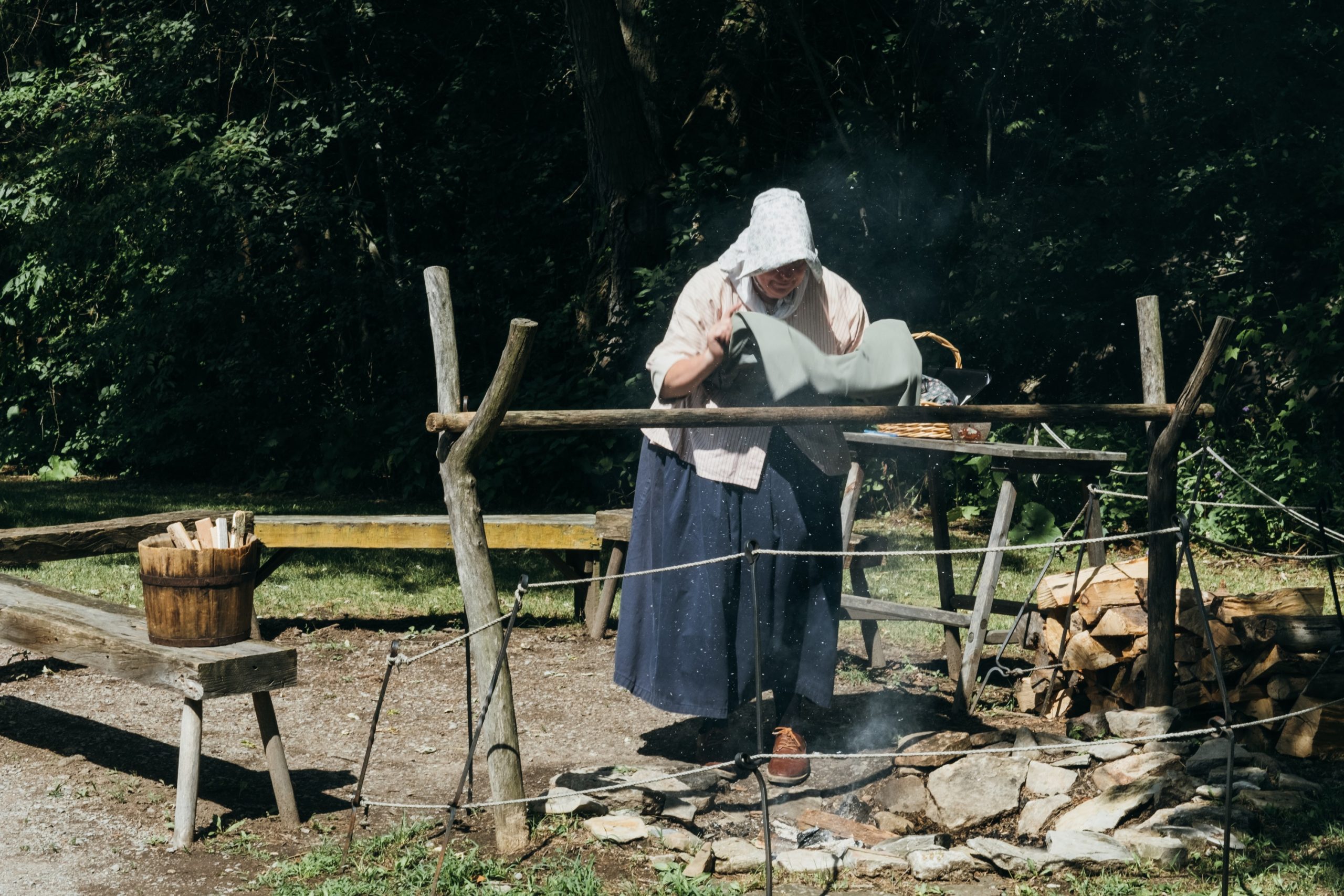 The Fife cabin is typical of the settler’s first one-room log home and was built by David Fife, only a few kilometres from its present site. David emigrated from Scotland to Upper Canada with his parents and five brothers in 1820. In 1826 David married Jane Beckett, with whom he had eight children, three of whom were born in this cabin. In 1842, the Fifes introduced into Canada the variety of wheat that came to bear their name. Red Fife wheat was early-maturing and rust-resistant, outperforming the varieties in common use.

Built quickly to provide a shelter, the cabin’s logs were left round because there wasn’t time to square them. As the round logs dried, the spacing between the logs increased, leaving gaps. This made it a challenge to keep the cabin warm. It roughly measures 18 feet by 14 feet with only two windows. Not all cabins had windows because of the difficulty of transporting goods, including glass, over blazed pathways, called roads. The Fife home, including the chimney, was made of the only available materials – stone, clay and wood.

When you enter the cabin, you will see in the dim interior a small, crude fireplace that provides little light and less heat. Candles or fat-burning cruise lamps, with their metal bowl and wick-holding channel, gave some additional light. Whenever possible, cooking would be done outside. Water had to be carried from the river in pails suspended from a shoulder yoke. To save space, the settle bed was folded up into a bench during the day and then pulled out at night. As soon as possible, the settlers would build a larger home for their family.