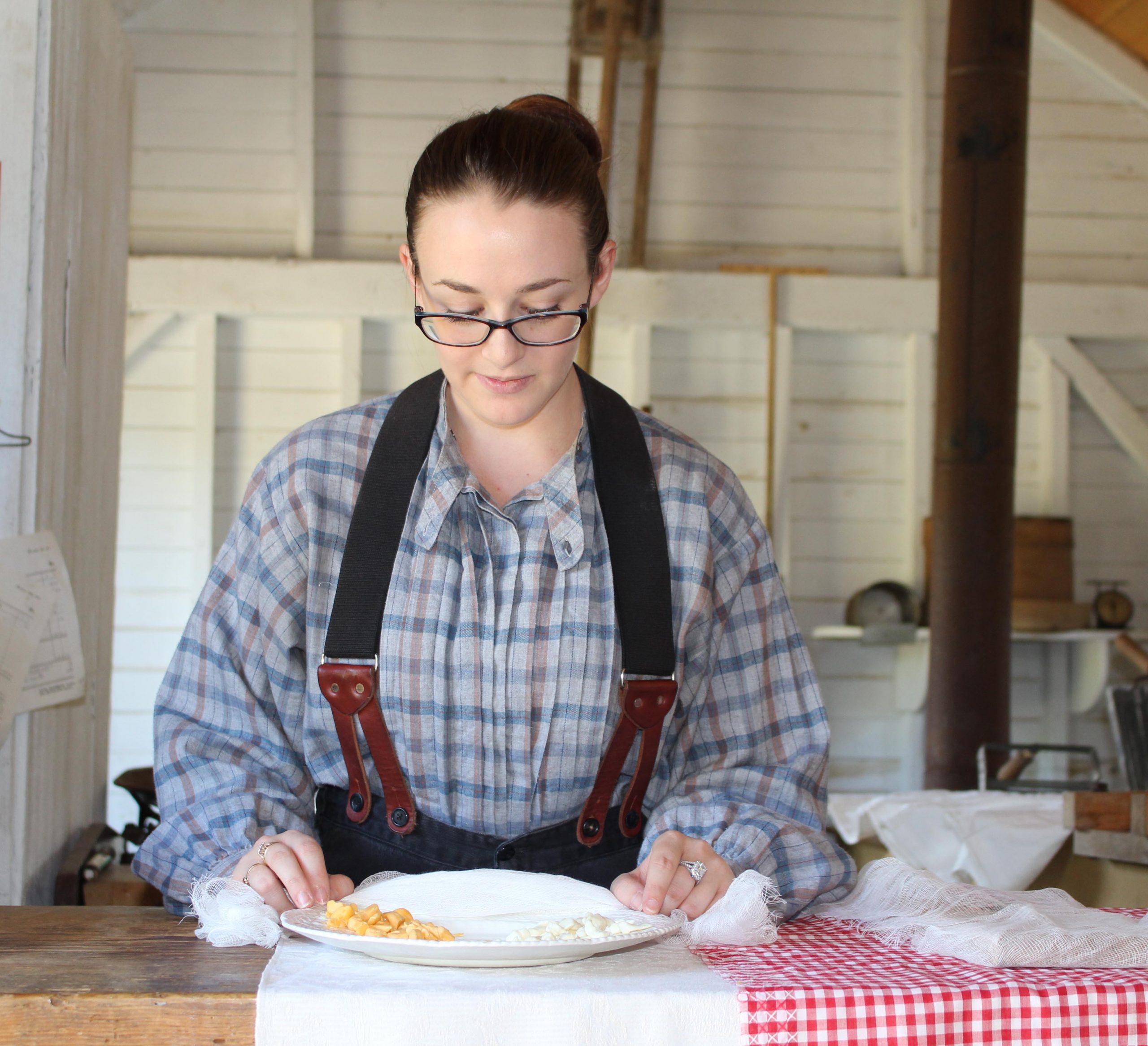 The equipment currently housed in this cheese factory is from the Warkworth Cheese Factory of Northumberland County. In the centre of the factory is a large vat that holds 400 pounds of milk, which formed 40 pounds of curd under the watchful eye of a cheese maker. This curd would then be pressed in muslin-lined hoops and stored at a cool temperature to make cheddar cheese. A large cylindrical wooden cheese box that would hold approximately 90 pounds of cheese sits on the counter. Such boxes were used to store and transport rounds of cheese.