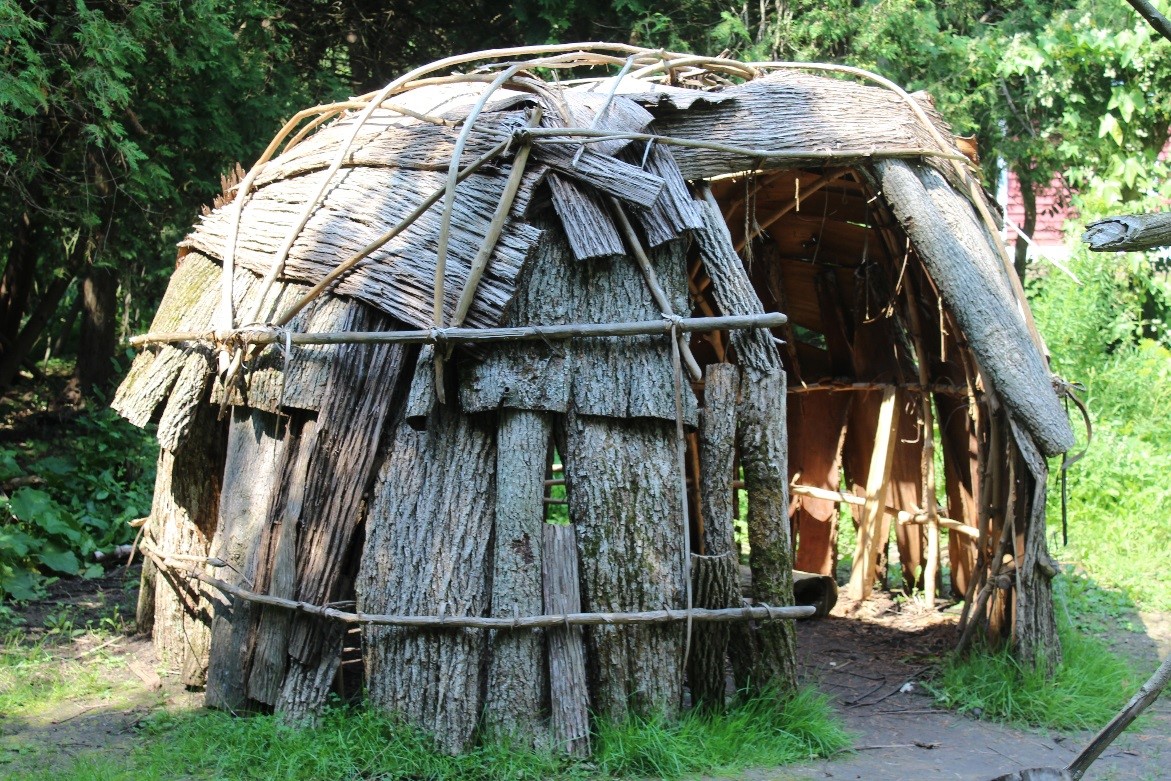 Representing an authentic encampment, Aabnaabin structures are constructed using original materials and methods based on teachings from the Elders of Curve Lake First Nation and Hiawatha First Nation. The wigwam or round house, for example, where grandparents, parents, and children lived together, has been constructed from bent ironwood tree poles and cedar bark lashed and bound together with basswood fibres. Other structures in the camp include a sweat-lodge frame for healing and purification, a structure for cooking around the fire, a corn pounder, drying racks, furs, implements and a bootaagan – a pit for “dancing” the manoomin (wild rice) to remove the hulls. The camp also has two gardens- a medicinal garden and a "three sisters" garden.