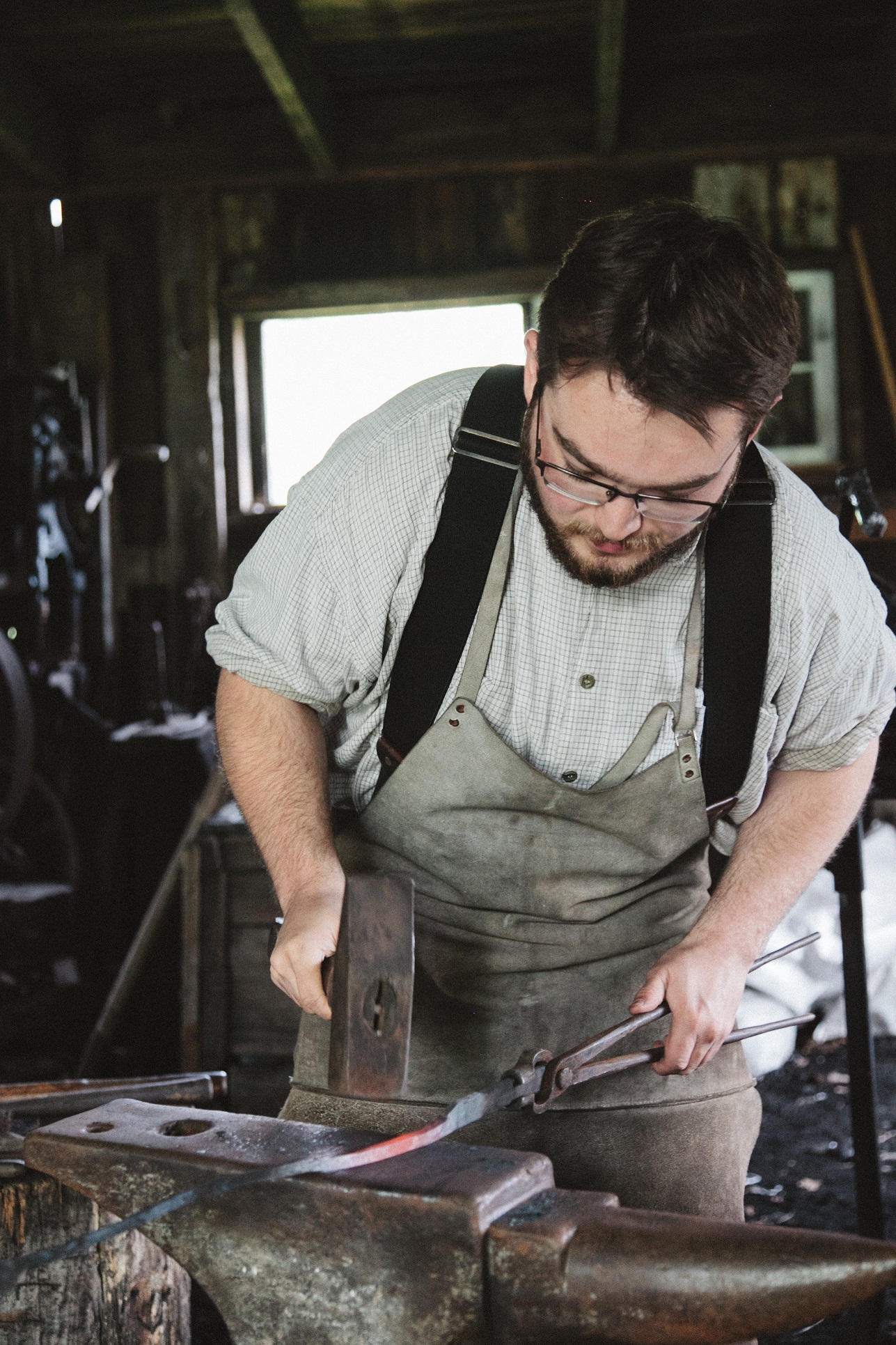 The blacksmith shop was essential to the life of any 19th-century community. The blacksmith, so named because he works with black iron, would “iron” sleighs and wagons, make tools and architectural hardware and do repairs. He was also knowledgeable as a ferrier, shoeing horses. He could make most of his own equipment.

In the shop are the basic tools of the trade – forge, anvil, bellows, swages and fullers, mechanical blowers, hammers and tongs, a bin for the blacksmith’s coal, and a quenching tub. Suspended from the rafters were anything from twitches for restraining restless horses to short lengths of forge-welded chains.