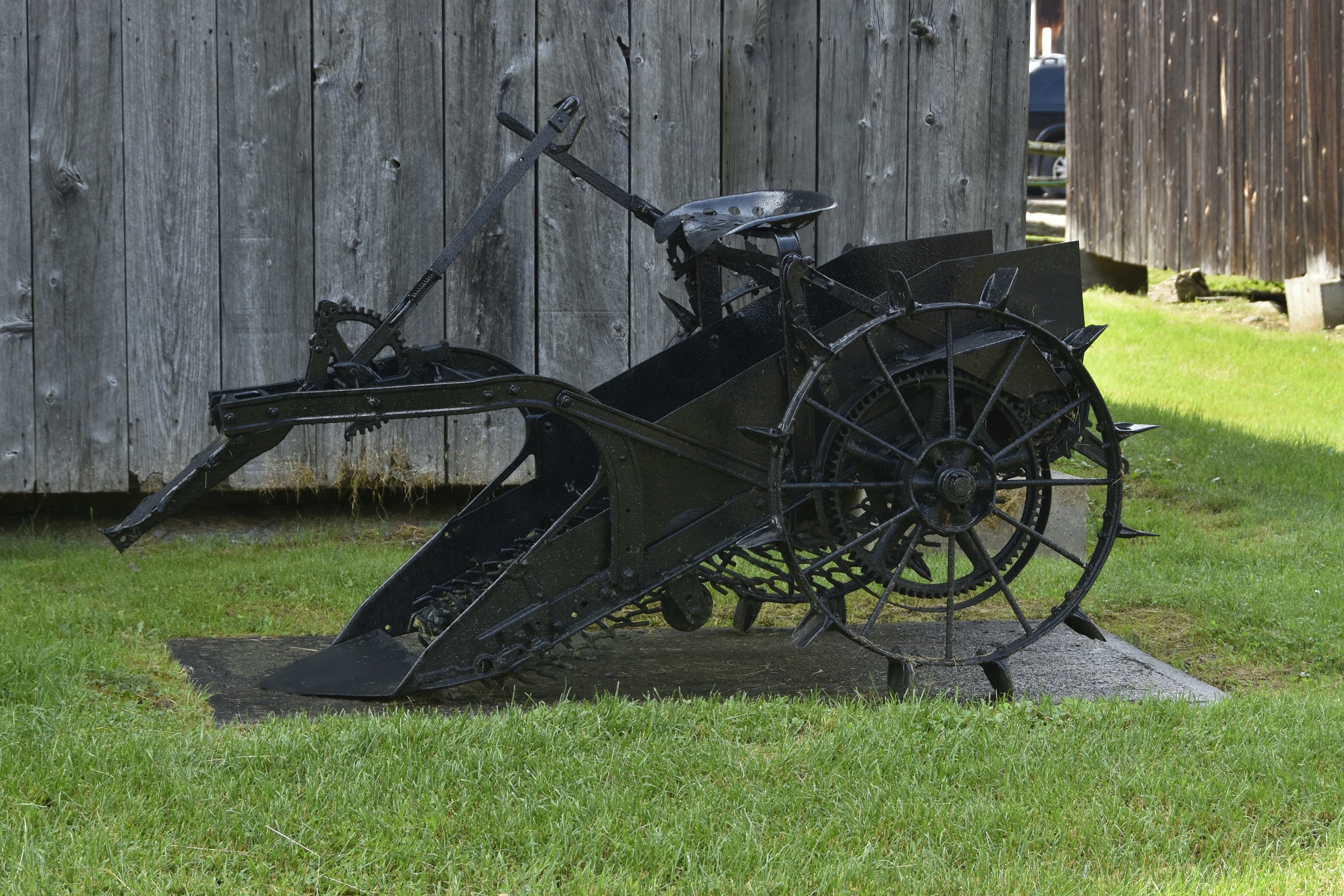 Until about 1845, Peterborough-area farmers had mainly simple, human-powered implements, such as scythes, flails, seeders, and fanning mills. With larger cleared fields, farmers needed to speed up production, and the farm implements drawn by horses improved the planting, harvesting, chopping, and pulping of animal food. By 1871, an agricultural-implements industry had established itself, made possible by access to American patents, British iron and steel, and protective Canadian tariffs.

In our Agriculture Barn, there are examples of both early implements and the later binders, reapers, pulpers, separators, cutters, and seeders turned out by the industry. The barn houses equipment used on the farm throughout the year. Spring work concentrated on preparing the fields and planting, while summer brought harvesting, and during the fall, the harvested crops were prepared for winter storage. Winter was the off-season for animals and a time for preparing for the following spring.

Just outside the Agriculture Barn are two farm implements of importance. To the east is a two-furrow plow used to plow two parallel furrows or turn the soil in two rows simultaneously. To the west is a potato picker, used to harvest potatoes in the late summer and fall.